The small planet that the Tehyans inhabit, most plant life is a warm red color, and deserts stretch across the equator. Another advanced species once inhabited this place, but they all died out. 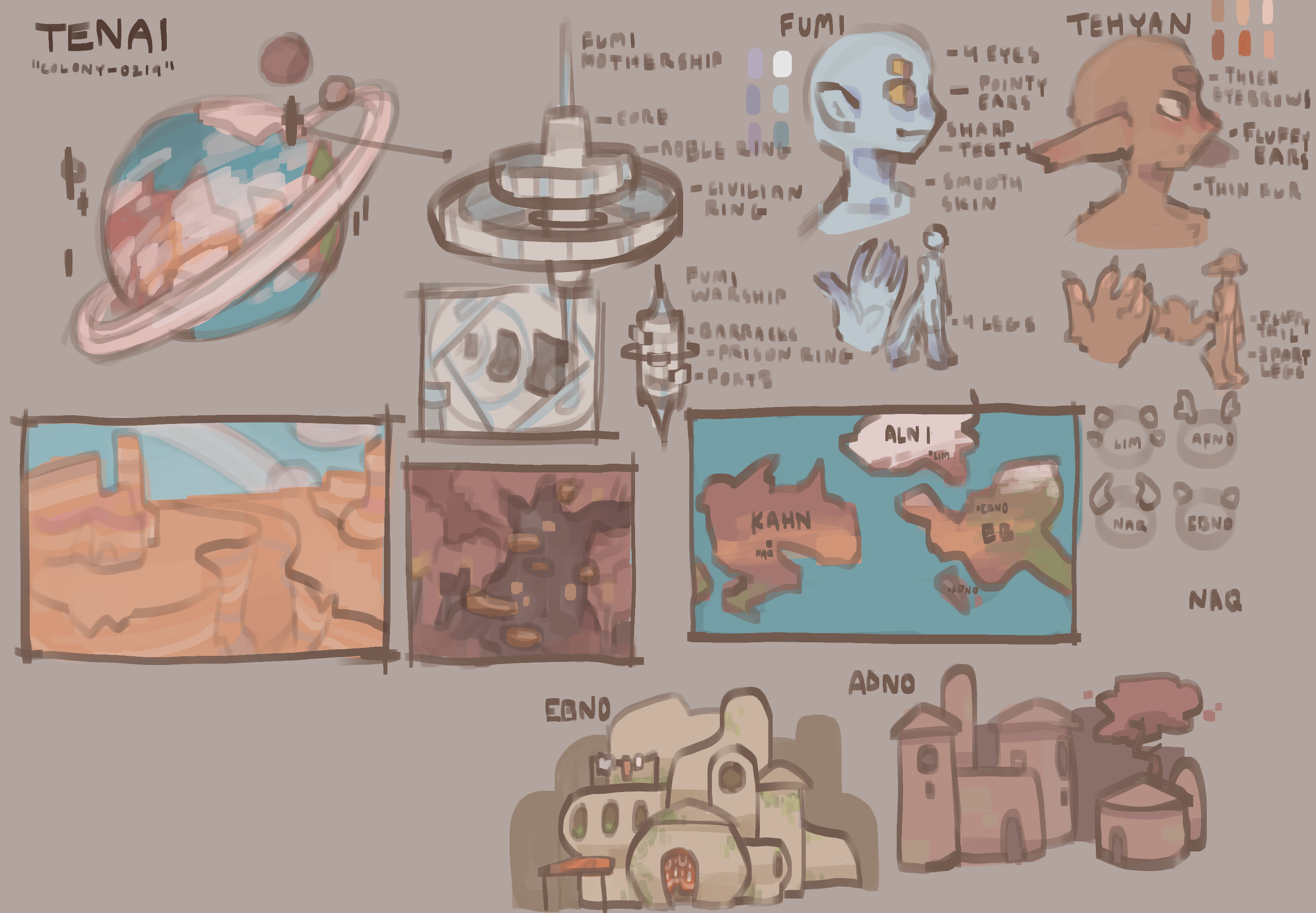